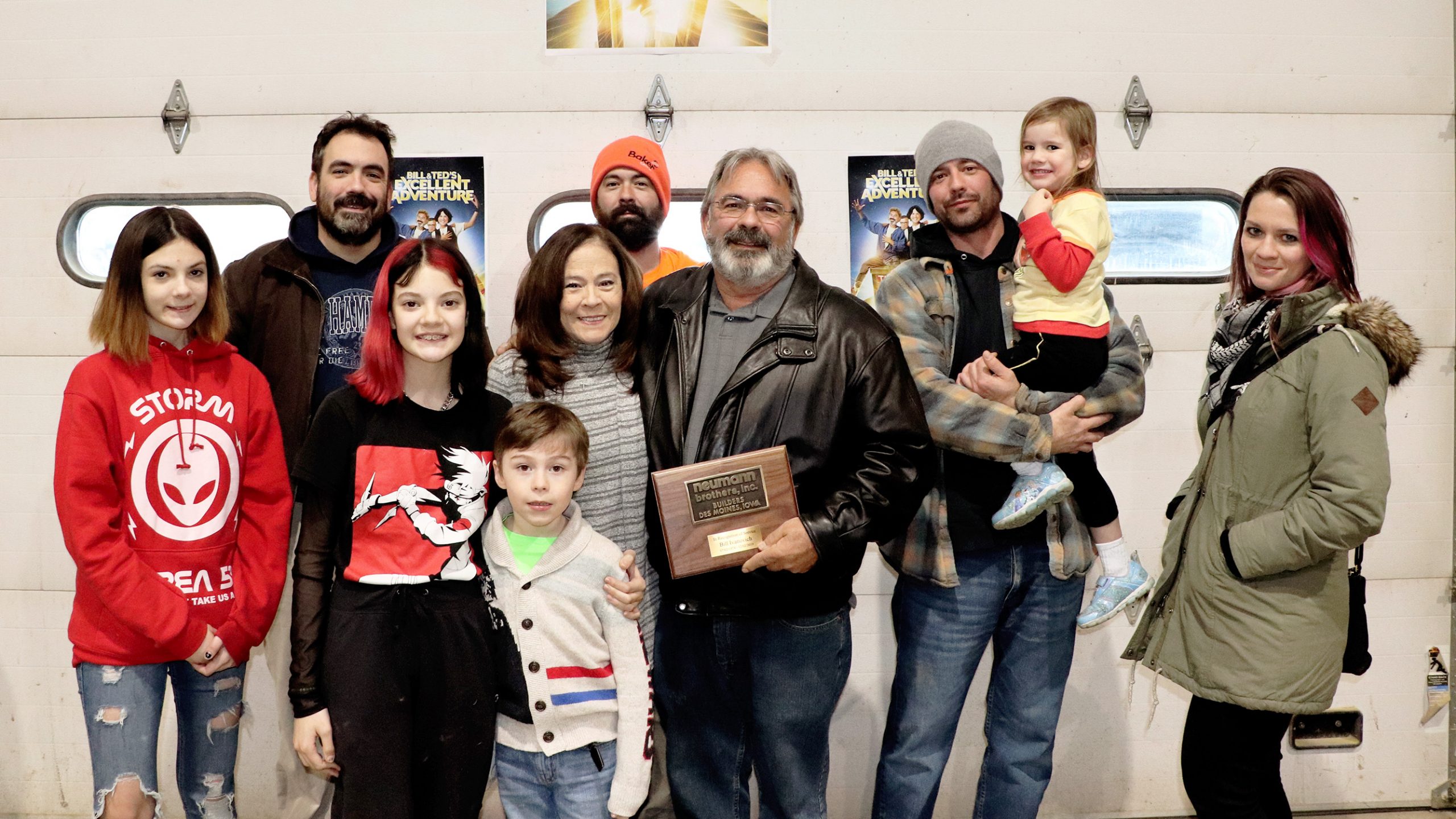 “I grew up around here, Neumann is like another family to me.” – Project Superintendent Bill Ivanovich

Bill Ivanovich retired from Neumann Brothers December 2, 2019 after 45 years on the job. But Billy’s been a fixture in the company for even longer. “Some people have probably seen me around Neumann since I was a baby visiting my dad, leaving that is hard,” he said.

Bill started with Neumann July 1, 1974 as a laborer. He later went on to became a carpenter apprentice and moved up through the ranks to carpenter and finally superintendent.  Throughout his career, Bill worked on a wide variety of projects including builds and remodels on several central Iowa college campuses, Terrace Hill’s pergola, and buildings for the Iowa Air National Guard.

After 45 years though he can’t pick just one or two things that he’s most proud of – all in all he’s proud of his tenure here as a whole. “I’m proud of the buildings I’ve worked on and the various parts of the community I’ve had a hand in” he commented. “I like looking at a space and seeing a building standing where previously there wasn’t one and knowing I helped make that happen.”

Construction has always been a family business for Bill. His dad, notable past Superintendent George Ivanovich, worked for Neumann for 49 years. “Dad was the biggest influence on my career. I was practically born into the construction industry – he loved it and I have too.” Now, Bill has three sons of his own who have also found work in Des Moines construction. Bill and his boys also remodel houses together, including the house Bill built for his family over 30 years ago.

Throughout his career he’s seen his fair share of changes to the industry. Some of the biggest in regards to the businesses themselves and technology. “When I started, construction companies had errand boys who would run documents back and forth between the site, the office, and the owner” he remembered. “They had to carry plans – huge rolls of paper – and so many documents around. Now there’s email.” He also admitted that safety has changed a lot during his time too. “Even the advancement in the tools used has made sites generally a lot safer – there are less cords and outlets to be used and tools now are more efficient and easier to work with.”

As he heads into the holiday season as a new retiree he plans to spend lot of time with his family and probably keep working around the house. But, he will miss the people here, especially those in the field that he spent most of the last 45 years working alongside. “I hope future generations of construction workers will continue the legacy left before them like I did for my father and all the people who came before him” Bill said. “Cities are always going to need shelter and buildings will need fixed up at the very least so construction is a great field to get into – just keep on keepin’ on!”