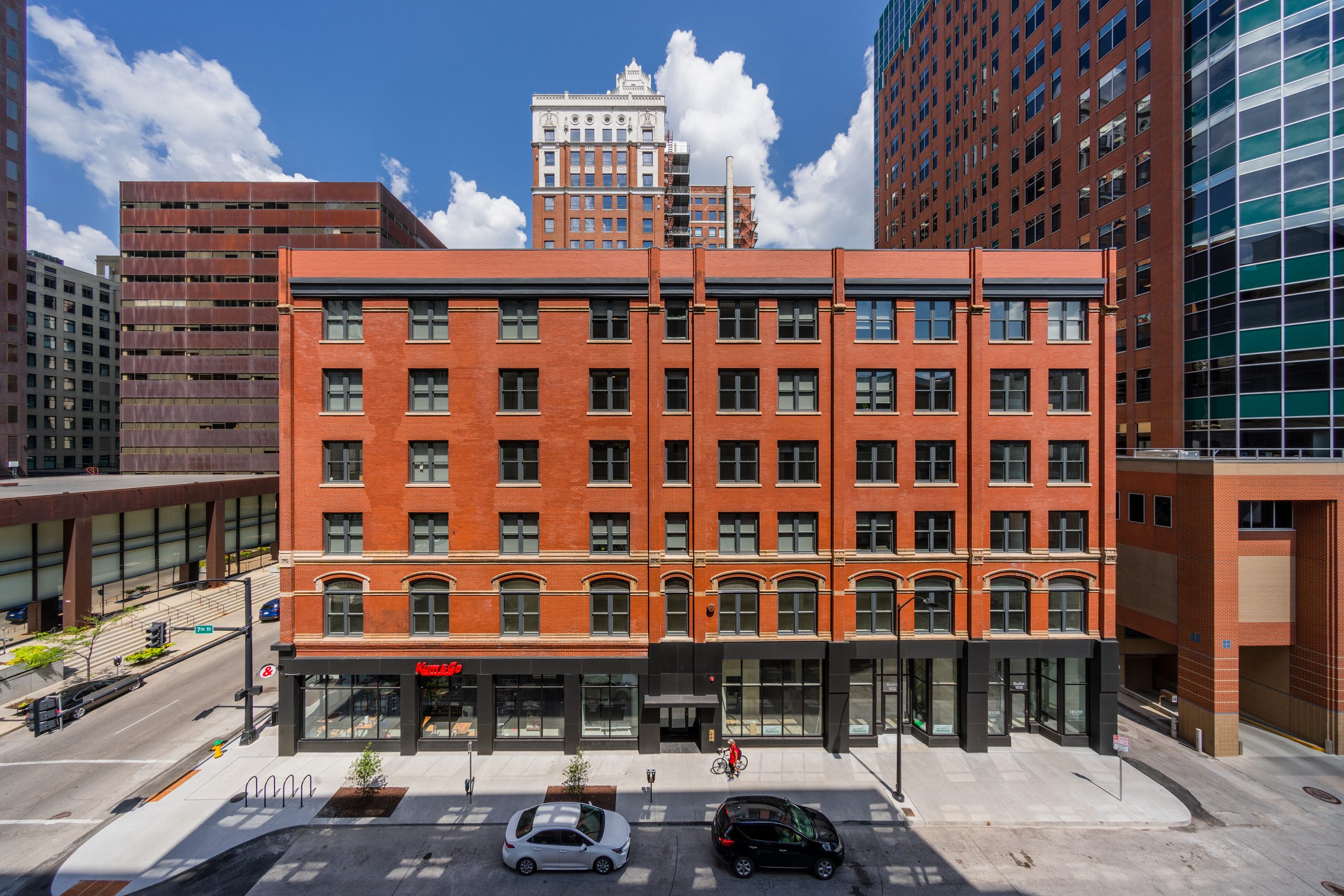 Neumann Brothers is proud to have been the general contractor on the Edna Griffin building completed earlier this year. Originally constructed in 1885, the building has been home to various retailers, banks, restaurants, office space, and apartment tenants. Over the years, the building underwent numerous remodels–including additions in the 1920s, 1970s, and 1990s by Neumann Brothers.

Decades later, the building sat mostly vacant in deep disrepair. There was fire damage, failing floors and roof structures, hidden rooms, and years of damaged and leftover materials from the many tenants that came before. But the building had great potential. It was located in the heart of downtown Des Moines and could help revitalize the neighborhood and the community.

In 2018, the Neumann Brothers team started a complete interior and exterior historical renovation. Nearly 100 years after Neumann Brothers helped create the building’s limestone façade in the 1920s, we returned to restore it using historically accurate materials. We also preserved as many original interior elements as possible, including wood floors and ceramic tiles. The entire team took great care to track down historical details and skillfully restore the building to its former glory. The project was completed in the Spring of 2020.

The Edna Griffin project is more than a renovation–it is transforming a historic building into a modern-day landmark that commemorates the civil rights movement.  The modern Civil Rights movement began in 1954 when Rosa Parks, an African American woman, refused to surrender her seat to a white passenger on a segregated bus in Montgomery, Alabama. Her brave defiance sparked a decades-long struggle for justice and equality for African Americans in the United States. But nearly a decade before Rosa Parks inspired the Civil Rights movement, one brave woman was fighting for racial equality in Des Moines, Edna Griffin. 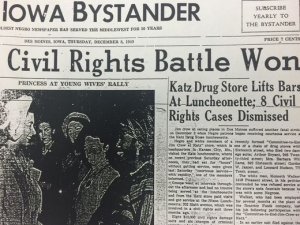 Edna Griffin was a mother and a schoolteacher in the summer of 1948 when she and her one-year-old daughter ordered an ice cream soda at the Katz Drug Store in downtown Des Moines, Iowa. They were refused service at the establishment and were told they were “not equipped to serve colored people.” Edna walked away empty-handed but was not defeated. For the next two months, she organized boycotts, sit-ins, and protests every Saturday outside of the store. Edna filed a lawsuit, which eventually reached the Iowa Supreme Court in State of Iowa v. Katz. The case received nationwide recognition, and in the Fall of 1949, Edna was vindicated when the court declared it illegal to refuse service based on race.

The opportunity to be part of the Edna Griffin building is the most significant aspect of this project. Restoring the building in the heart of Des Moines gives people the chance to learn her story and preserve her legacy. Throughout the interior, artwork and photographs tell the Edna Griffin story to everyone who enters. On the exterior, a large mural memorializes the activists who demonstrated bravery in the 1940s. Neumann Brothers is proud to have been part of this historical landmark project.