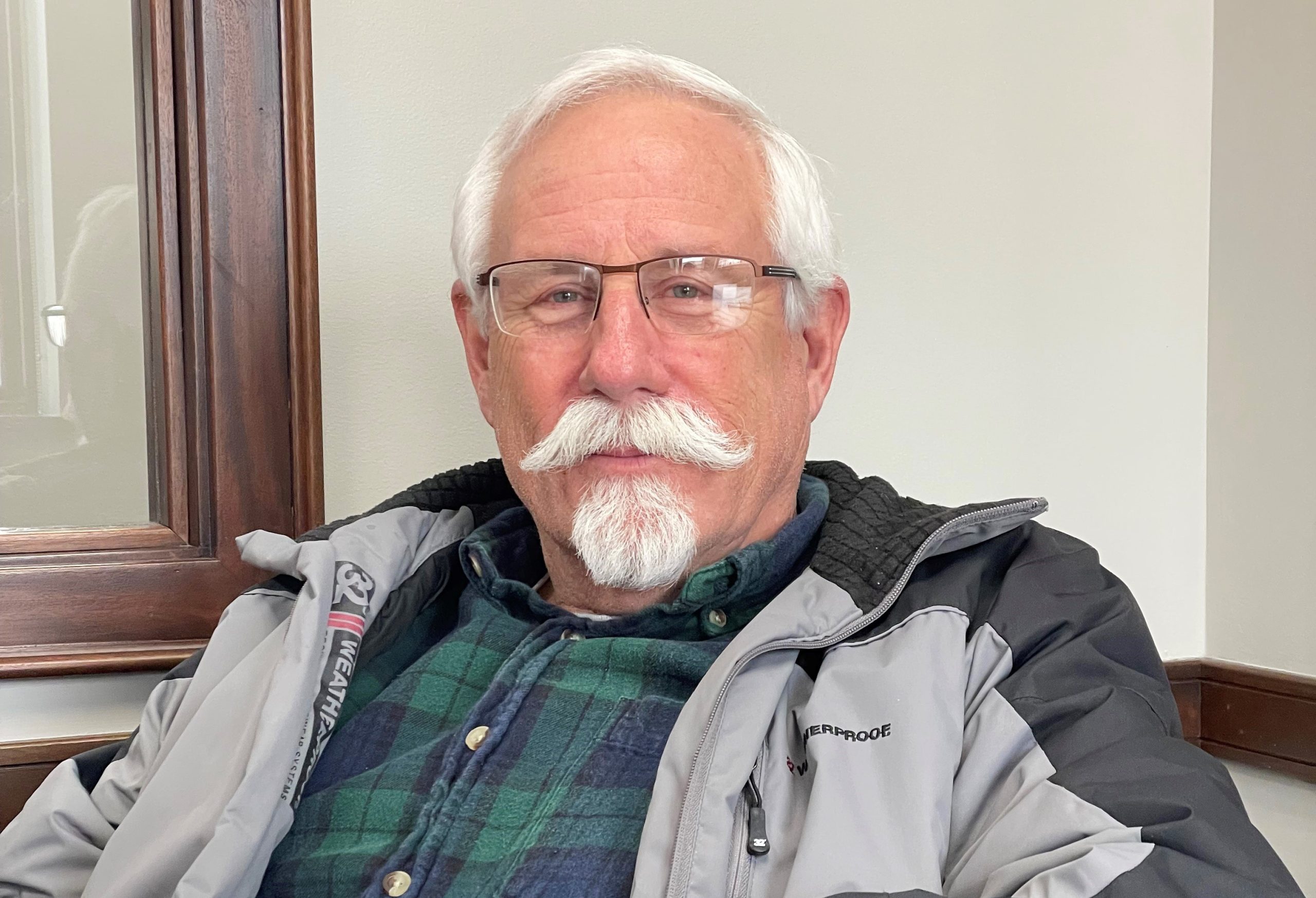 One of Neumann Brothers’ most steadfast Superintendents, Joel Jensen, retired on 2/22/22 at 2:22 PM after 46 years in the construction industry. Joel was born and raised in Des Moines, Iowa, and always knew he would end up working with his hands. He spent much of his childhood helping his grandfather in the woodshop and admiring his father, who was a firefighter.

Joel began working in the construction industry in 1976. In 1989, Joel joined the Neumann Mill as a Bench Carpenter after completing DMACC’s Building Trades course. After ten years of handcrafting cabinets and specialty woodwork, he became a Neumann Brothers Carpenter in 1999. Joel’s first project was working at the Iowa State Capitol with the recently retired Superintendent, Curt Small, and current Carpenter Foreman, Jody Brown.

Joel worked on various projects throughout his career while rising in the ranks from Carpenter to Foreman and eventually Superintendent. Joel has spent the past 12 years working on the EMC campus and has loved every minute. “It’s not just the work but the people you’re working for,” Joel reflects. “They don’t cut corners, and they care about quality–just like Neumann. I’m proud to say we’ve earned their trust throughout the years, and I will truly miss working with them.” The last project Joel completed was EMC’s Common Grounds coffee shop.

Neumann Journeyman Laborer Crystal Frye worked with Joel at EMC for six years. “All the knowledge Joel has is impressive,” she shares. “But even more so is that he took the time to pass it on to us. He taught me so much!”

Since joining the construction industry nearly 50 years ago, Joel thinks that safety protocol is the most significant change throughout his career. “It’s constantly evolving,” Joel says, “but people will always need construction, no matter how much things change.” Joel also shared some advice for the upcoming generation regarding their careers. “Give construction a chance. It’s a good trade that will never be replaced.” We couldn’t agree more!

Joel enjoys learning about history and tinkering with old cars in his spare time. He hopes to start traveling soon with his wife, Linda, who retired from Des Moines University on the same date of 2/22/22. They plan to go to South Carolina later this year and eventually check off Washington D.C. and Philadelphia from their destination list.

When asked about his favorite part of retirement, Joel quickly remarks, “Every day is a Saturday–no alarm clock, no pressure!” Thank you, Joel, for your extraordinary contributions to the construction industry throughout the past five decades. The entire Neumann team wishes Joel a happy retirement and hopes he never has to set another alarm clock again.