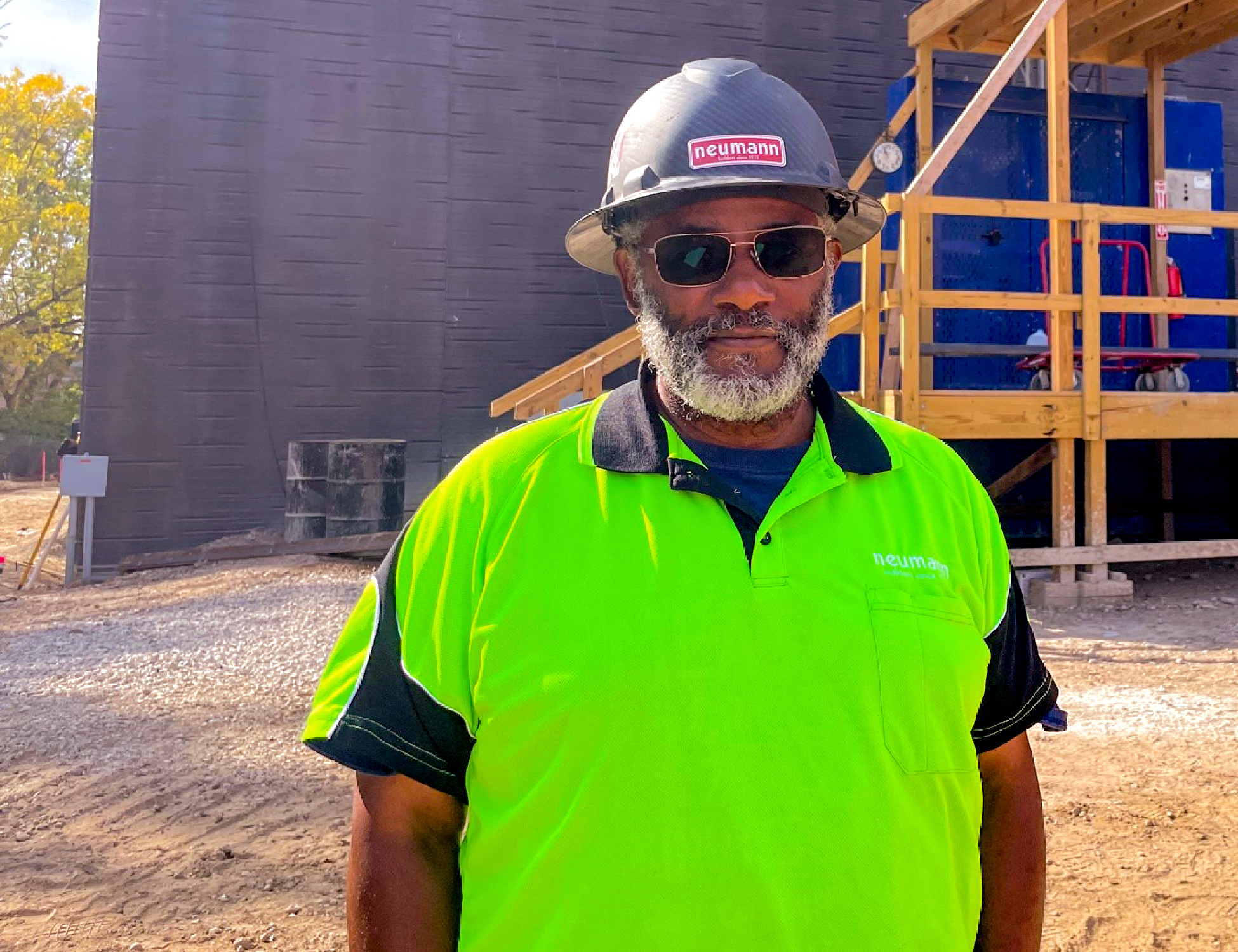 This spring, after 48 years with Neumann Brothers, one of our most valued Superintendents, Robbi Howard, retired.

Robbi is a proud Iowa native who discovered his love for construction in kindergarten after building a wooden airplane. He continued his journey at Des Moines Technical High School, taking specialized carpentry classes, where he helped build houses. After graduating high school, Robbi turned down college acceptance letters to go straight into residential construction.

In 1974, Robbi found his home with Neumann and has been with us ever since! Robbi began as a Carpenter Apprentice and worked his way up to Carpenter Foreman in 1984. “I went from being in a ditch with 25 guys to being in charge of the ditch with 25 guys,” Robbi reflects. “That was my first foreman job with Jimmy Trower at the 5th and KEO parking lot.” He went on to work on many different projects, including some alongside now-retired Superintendent Henry Putney. In 1998, Robbi landed his first official large solo Superintendent job at the Wellmark building.

When Robbi reflects on his career, he is proud of every project he has been part of. He especially holds fond memories of the Wellmark project and the many Federal buildings he worked on over the years.. “It’s the people,” Robbi shares. “I had so many people on those jobs, and I was responsible for every one of them, and we got the job done right.”

Robbi’s dedication to the craft lives on in his two sons, Lance & Jay Howard. Both brothers followed in their father’s footsteps by joining the construction industry and the Neumann team! Jay is a Laborer, and Lance is Carpenter who was promoted to Superintendent.

“My dad was more than just a Carpenter,” Lance shares. “That was a trade he learned in high school, and he was very good at it! But he excelled at forming strong bonds with the people he mentored throughout his career. He has always had a way of bringing out the best in people. His leadership is far superior to most. He is the type of leader that stays behind the pack to make sure nobody falls behind, and that’s what makes my dad awesome!”

In retirement, Robbi is looking forward to enjoying some “me time” and filling his days with whatever he wants to do! Robbi and his wife hope to check off their bucket list trip of going to Ireland.

Thank you, Robbi, for your monumental contributions to the construction industry, the cityscape of Des Moines, and Neumann. Our entire team misses your infectious smile and sense of humor. We wish you a relaxing and fun-filled retirement!